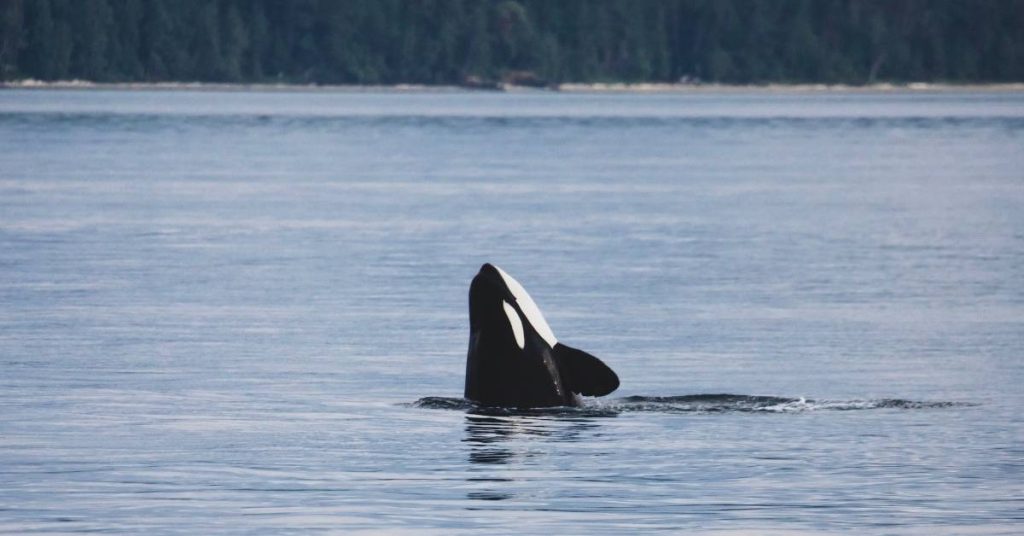 “Today was the successful grand opening of our Sanctuary Operations Center in Port Hilford, Nova Scotia…We were there to celebrate this major milestone in our project and the next step in achieving our goal of creating the first seaside sanctuary for belugas and orcas in North America,” the WSP posted on Instagram.

The 40-hectare sanctuary, which will be erected next year in a bay open to the North Atlantic Ocean at Port Hilford, NS, about a 20-minute drive from the visitor center, is expected to open next year. It will cover around 50 football fields, or almost 300 times the size of the largest captive whale tank in any marine park, and will be able to hold up to eight whales.

The sanctuary will allow the whales to spend the rest of their lives in their natural habitat, with enough space to engage in their natural behaviors, although in a safe area surrounded by underwater nets. Because confined whales have spent their whole lives in a tank, they lack the necessary survival abilities to return to the free ocean. The sanctuary will keep them safe and well-protected from the elements, and a hydrodynamic analysis has revealed that the bay is routinely flushed by currents and tides, ensuring that any accumulation of whale waste is washed away.

Following the passage of Canada’s Ending the Captivity of Whales and Dolphins Act, which prohibits the wild capture, captivity, and breeding of whales, dolphins, and porpoises, the WSP announced plans to build the sanctuary last year, effectively ending the practice of exploiting cetaceans for entertainment. There are exceptions for rescue and rehabilitation to ensure whales and dolphins get help if they need it, and the law permits animal sanctuaries in Canada to care for cetaceans if it is in the animals’ best interests. The bill took more than three years to pass owing to delays and obstructions.

Munchkin, a toy manufacturer, contributed the initial financing for selecting the best location for the WSP sanctuary, a lengthy process that took into account elements including sea and tide conditions, as well as the whales’ possible influence on other fauna. The World Wildlife Fund has launched a fundraising effort to generate up to $20 million for the project, which includes a veterinary clinic and an interpretation center near the sanctuary. Annually, another $2 million will be required for operations. The refuge intends to welcome its first whales in early 2023 if the requisite permissions are obtained in a timely manner.

A public uproar to safeguard whales in aquariums

Around 200 beluga whales and 50 orcas are confined in marine parks and aquariums around the world, according to estimates. Following the revelation of a frightening film of its last surviving orca, Kiska, beating her head against the side of the concrete tank where she lives alone, speculations have been spreading in Canada that notorious Niagara Falls attraction Marine Land will close for good this year. Since being abducted off the coast of Iceland in the 1970s, the 44-year-old cetacean has spent all but the first few years of her existence in captivity. Kiska’s five calves died at a young age at the institution, and she has been surviving in isolation in the tank since 2011. Her treatment has been questioned for years as her mental and physical health deteriorates.

Similarly, dozens of whales are still maintained in captivity and exploited for amusement at SeaWorld sites in San Diego, CA, San Antonio, TX, and Orlando, FL. People for the Ethical Treatment of Animals (PETA) offered SeaWorld’s interim CEO Marc Swanson $250,000 toward the construction of a seaside sanctuary in exchange for a promise to release the park’s marine animals to sanctuaries last year.

Despite the fact that the offer was not accepted, past pressure from PETA led to SeaWorld promising to phase out “dolphin surfing” acts in which trainers are forced to ride on the backs and faces of dolphins. SeaWorld was also forced to stop breeding orcas in captivity in 2016 and terminate orca performances in 2018 because to outrage from the 2013 documentary Blackfish, which resulted in significant losses in revenues and attendance.

“[SeaWorld] seems intent on being dragged, kicking and screaming, into ultimately releasing these animals to seaside sanctuaries…PETA is calling on it to put a plan in place now,” PETA Executive Vice President Tracy Reiman stated.