The documentary ‘Eating Our Way To Extinction,’ narrated by Kate Winslet, has premiered! 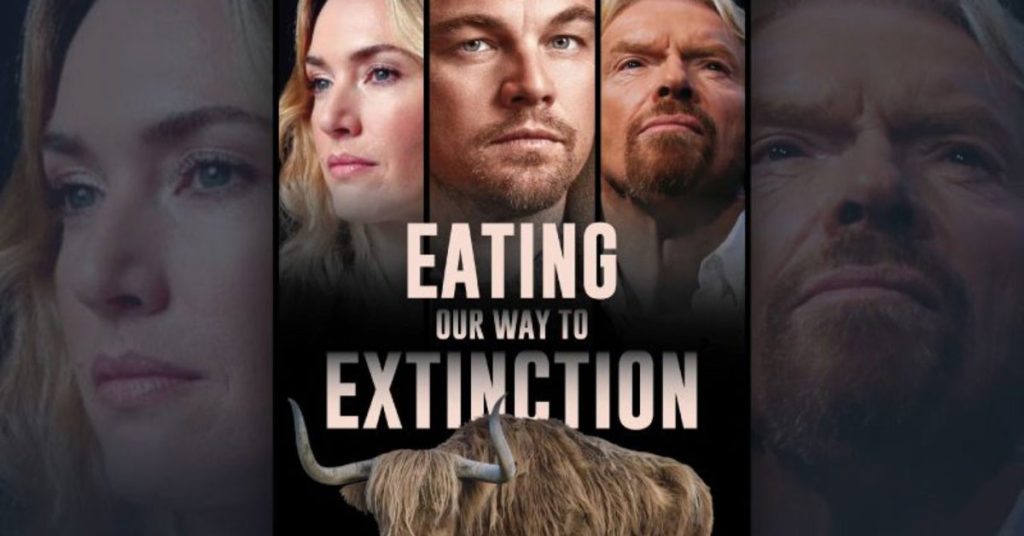 The highly-anticipated documentary, Eating Our Way to Extinction, has premiered after years of planning, research, and collaboration, bringing to light the devastation caused by animal agribusiness in many parts of the world, in particular, the Amazon rainforest, the Mongolian desert, the Taiwanese mountains, and the Dust Bowl in the United States.

“…something that we found incredibly frustrating is [that] this subject and this story is left out of the debate so many times,” Galvin and Brockway said, “Even at the latest COP meeting up in Scotland that they’re having at the moment, it’s still kind of taking the sideline. I think the sad thing and the frustrating thing is it’s not actually representing the science.”

The filmmakers conducted interviews with prominent scientists and public leaders to learn more about the topic.

Indigenous peoples in South America and Brazil, who are the most affected by the climate issue, were also interviewed by the filmmakers. It would be ‘really powerful,’ Brockway and Galvin thought, to include those voices who are frequently ignored.

“Most of the modern world has somewhat lost that connection to nature and to the planet in some way,” Galvin and Brockaway said, “[Indigenous] people very much still live in tune with nature and they see the cycles of the Earth and the cycles around them that have been relatively stable for hundreds and maybe even thousands of years – suddenly changing. And in such a way that to them, they perceive it as violent.”

However, individuals are becoming more conscious of the issue and reconsidering their priorities. This could explain why Eating Our Way to Extinction, based solely on pre-orders, hit #1 on the iTunes documentary chart in the United Kingdom. It also made the top ten on the global charts, according to the team.

On Amazon, Google Play, iTunes, and VUDU, Eating Our Way to Extinction is now available. The documentary is available in nearly 15 different languages.

Source: ‘Eating Our Way To Extinction’, Narrated By Kate Winslet, Launches Today by Plant Based News