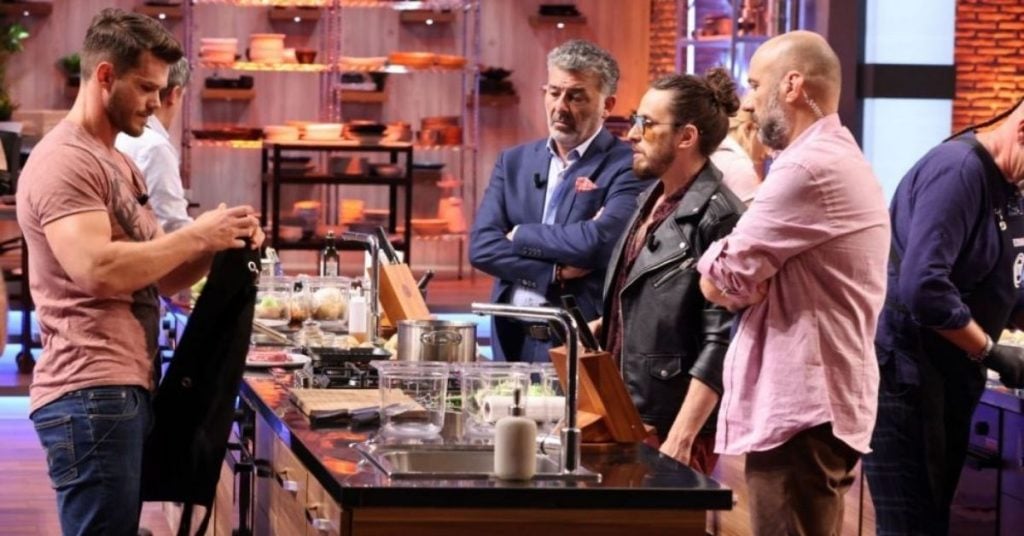 Following two successful rounds on Romanian MasterChef, Alex Lenghel decided to leave the set after the judges asked him to cook meat during the competition’s elimination round.

Alex Lenghel, a vegan and professional athlete, was the show’s first-ever vegan participant in the most recent season of MasterChef.

For the first challenge, the contestants were paired up to produce a meal for the judges on the most recent show. Lenghel and fellow participant Andrei Klabacs collaborated on a dish based on a recipe provided by Klabacs.

When the cuisine was brought to the judges for the final taste test, the judges elected to send Lenghel and Klabacs, as well as several other contenders, to the elimination round for a final cook-off.

The contestants were served with beef at the start of the elimination round, and the judges told that they needed to reproduce a meat meal using the cooking instructions provided by guest chef David Contant.

The task started with tying a piece of string around the steak, and Lenghel made it apparent that he wasn’t going to do it.

One of the judges then says, “Come on, Alex,” as if to encourage him to start the challenge. Lenghel, on the other hand, argues that he does not want to cook meat and that he will not compromise his ethical values.

The chef responds by saying that he doesn’t have to consume the meat; all he has to do is cook it for the judges. Lenghel argues that he does not want to cook the meat, reminding the judges that as a vegan candidate, he did not enter the tournament to cook meat.

“I’d like to ask you again Alex, are you going to cook the meat, or are you going to go home?” one judge probes after being questioned by the judges at his kitchen counter, without presenting Alex any other meat-free alternatives for the assignment.

Langhel chose to take off his chef apron and leave the show after becoming vegan for over three years.

Killing Animals for Pleasure is Unethical

Langhel revealed to Plant Based News that preparing meat went against his ethical principles.

“I can’t cook meat when I believe that it is not normal to kill animals just for our pleasure,” he added.

He believes that cooking shows like MasterChef will recognize the need to adapt to the growing demand for plant-based foods. The show has previously been chastised for its excessive meat consumption.

“They need to be more flexible with ingredients offered in the show, as there are lots of vegan substitutes for everything,” Langhel stated.

Source: “Vegan Chef Quits Romanian MasterChef After Being Ordered To Cook Meat” by Plant Based News