We invite you to truly experience the vegan lifestyle as we explore hidden plant-based destinations and innovations.

vKind Vibes is the first-ever travel series that focuses on the diversity and benefits of the vegan lifestyle and seeks to redefine who vegans are, their reasons for choosing a more compassionate, sustainable way of life, and the diversity within this vibrant and growing community. Consumers who are already living a plant-based lifestyle and those who are “veg-curious” will enjoy the series.

Check Out Our Amazing Sponsors

“We’re creating something that’s long overdue in the vegan space–a source of high-quality entertainment that breaks down stereotypes about this lifestyle. There are preconceptions about what kind of person is vegan and that it’s a lifestyle with limitations,” said vKind Founder Star Simmons. “With vKind Vibes, we are shining a spotlight on vegan businesses and how diverse these entrepreneurs are. Everyone has their own reasons for going vegan, and this show will showcase their stories in a fun and inspiring way.”

Led by an award-winning production team with 50 years of combined experience working on Warner Brothers films and projects like Million Dollar Vegan and Animal Save Movement, vKind Vibes is bringing its best to the vegan table.

In addition to being the first all-vegan travel show, vKind Vibes will include an element of audience participation in each episode. Co-hosts will be selected from the local community to go on air and explore vegan brands and destinations. Winners of the co-host contest will receive such prizes as a vegan tattoo, a timed vegan “Supermarket Sweep” in a plant-based market, brunch with successful plant-based restaurant owners, or a meeting with a surprise celebrity guest.

“From the get-go, we knew we wanted to open up the role of co-host to the community,” Simmons said. “We want people to feel a sense of belonging, excitement, and accessibility when it comes to veganism. We want them to know this lifestyle is not only possible—but is really fun, too.”

Each episode will highlight one vegan destination in the U.S. Episodes will showcase different restaurants, events, and ways to explore veganism. The debut episode, which airs on YouTube in early December, will focus on Los Angeles. Episodes in Las Vegas and other major cities will follow.

Vegan brands will have an opportunity to participate in the show by sponsoring an episode. Vejii, the leading online marketplace for vegan products, is a Presenting Sponsor of vKind Vibes. In exchange for sponsorship, the brand’s products will be featured in the episode alongside a QR code for viewers to access their products or services. 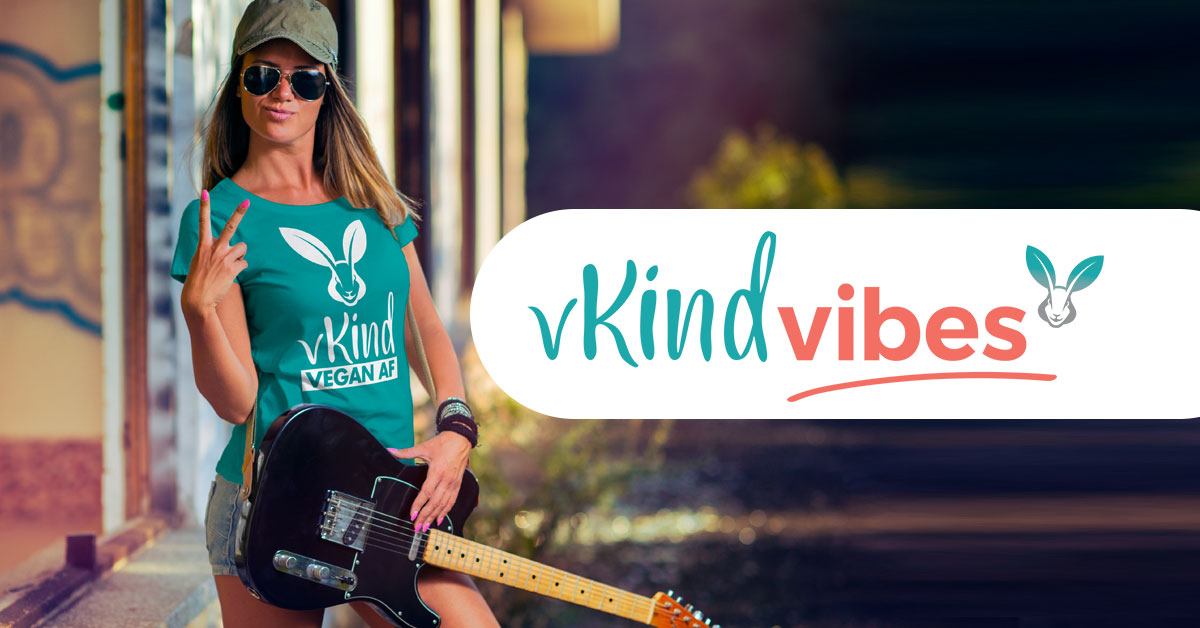 Write a review for a vegan business on vKind!

Use #VegEconomy on your social media posts.

STAY IN THE LOOP

Subscribe to our newsletter to stay up to date on VegEconomy news.