PR Pro Will Callaghan’s Business Model to Go All Vegan

As of September 2021, PR Specialist Will Callaghan will only be representing clients who are vegan. Callaghan knew that there was a void to be filled for vegans wishing to work with a vegan PR agency rather than one that also supports non-compassionate companies.

Public Relations Specialist Will Callaghan has spent the last 8 years of his career representing talent from well-known TV shows in both the UK and US, such as X Factor, The Voice, The Apprentice, Junior Bake Off, Hell’s Kitchen, Got Talent, and The Great American Baking Show. He has also represented an array of Broadway and West End actors, social media influencers, and entrepreneurs. So what would make this successful PR Pro make a drastic change at the height of his career? It’s simple: his passion for veganism.

Just as vWire’s sister company vKind strives to support the Vegeconomy® by connecting vegans with vegan professionals and services, Callaghan knew that there was a void to be filled for vegans wishing to work with a vegan PR agency rather than one that also supports non-compassionate companies. As of September 2021, Callaghan will only be representing clients who are vegan.

Read on for more about Will:

vWire: Tell us about your decision to become vegan and how it has impacted your life.

Callaghan: I became vegan for the animals. It was a mental health matter for me; it weighed very heavily on my mind, so first and foremost, it’s for the animals. I said to myself, “Even if it’s just me, I am one less person causing pain and suffering.”

vWire: You are transitioning your successful public relations business to serve only vegan clients in September. Tell us about that decision and how you think it will impact your business, positively or negatively. Have you experienced any push-back from your non-vegan clients?

Callaghan: I wanted to work with like minded people. People who had a similar moral outlook on life. To be honest, I don’t see any negatives about my decision, the vegan market needs a dedicated vegan PR professional who thinks like them. As for my non-vegan clients I’ve had nothing but understanding and encouragement from them.

vWire: With so many companies moving into the vegan space, we foresee huge success for you. What areas have you witnessed the most growth in the vegan space, and do you foresee continued growth? Why?

Callaghan: It might sound trite, but the area I think there’s been a lot of growth and there’s definitely room for more is…vegan cheese! The amount of non-vegan friends and colleagues who say “Oh I’d LOVE to be vegan but…I’d miss cheese!” There have been huge forward strides in this area and there’s more to come from some companies I’ve been talking to.

vWire: It is well-known that the benefits of veganism are endless – not only to personal health, environmentalism and of course to the animals. How do you feel about personally making an impact by using your talent to serve only vegan clients?

Callaghan: The nearer it gets to September, the lighter my heart feels. I don’t know if I’ll personally have any major impact on the vegan or wider world but I hope I do. If I can lead by example then I’m happy to do that.

vWire: We saw that a percentage of your profits go to support vegan causes. Any favorites in particular?

Yes there’s an animal sanctuary in the UK called The Surge and  I’m also looking to support one in the US too. Also, I want to support one of the many LGBTQI+ Mental Health charities out there. There’s far too many LGBTQI+ Youths being made homeless and it needs to be addressed.

If you are a vegan artist, influencer, or company in need of a vegan publicist, contact Will at contact@willcallaghan.uk.

PR Pro Will Callaghan’s Business Model to Go All Vegan

FunkkOFF! ® Inc. Launches TeethRefreshers®, First and Only All-In-One Reusable Toothbrush and Toothpaste Product to Refresh and Keep Your Teeth White

How the Love for a Dying Man Paved the Path to Social’s Largest 100% Vegan Farmer’s Market and Now Vegan Depot DTLA! 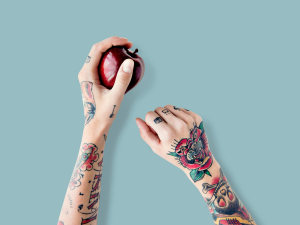 Wait, not all tattoos are vegan?!

Revealed: The Vegan Public Relations Star Behind the Stars