We've developed the most complete multivitamin for vegans, packaged in a fully compostable pill bottle.

Like you, we’re obsessed with our planet, and the creatures and humans on it.

We’ve experienced first-hand the beauty of our planet: Maria by running long-distances over some of Europe’s most breathtaking mountains and Hava by living and working amongst the critters and creatures of the Amazon jungle.

We’ve made the choice to go vegan as a way to stick up for our planet and animals. And we created Terraseed to make being vegan as easy, accessible, and healthy as possible.

To empower people in living healthy, ethical, and sustainable lives day-to-day with vegan nutrition products that are good for them and the planet.

How Terraseed Began
Maria and Hava had been vegetarian and vegan on-and-off for the past 10 years.

They would go vegan for some months, only to start to feel a bit tired or foggy. Truthfully, they were never the perfect vegans and were often nutrient deficient.

Maria decided to go vegan when she heard about how the animal agriculture impacts the environment and learn how animals are treated.

When Hava shared with Maria her idea to create a multivitamin specifically tailored for vegans, she absolutely loved it. That was exactly what she needed! And they both set up to solve the number one problem for vegans: nutrient deficiencies.

Maria and Hava had been lugging up to 5 pills bottles everywhere they went.

Not to mention having to throw out all of these plastic pill bottles at the end of the month (90% of which end up in landfills, even when recycled!)

It was both a real hassle AND a bummer.  They knew they had to do things differently.

They started to think — how can I get everything I need as a vegan in just one pill a day without generating more waste?

Nothing was out there — so they decided to create it themselves.

An all-in-one pill that was good for both vegans and the planet.

They assembled a team of leading plant-based nutrition experts, consulted with leaders in sustainable packaging, and a year and a half later, after overcoming hurdle after hurdle, Terraseed Multivitamin for Vegans was introduced to the world. 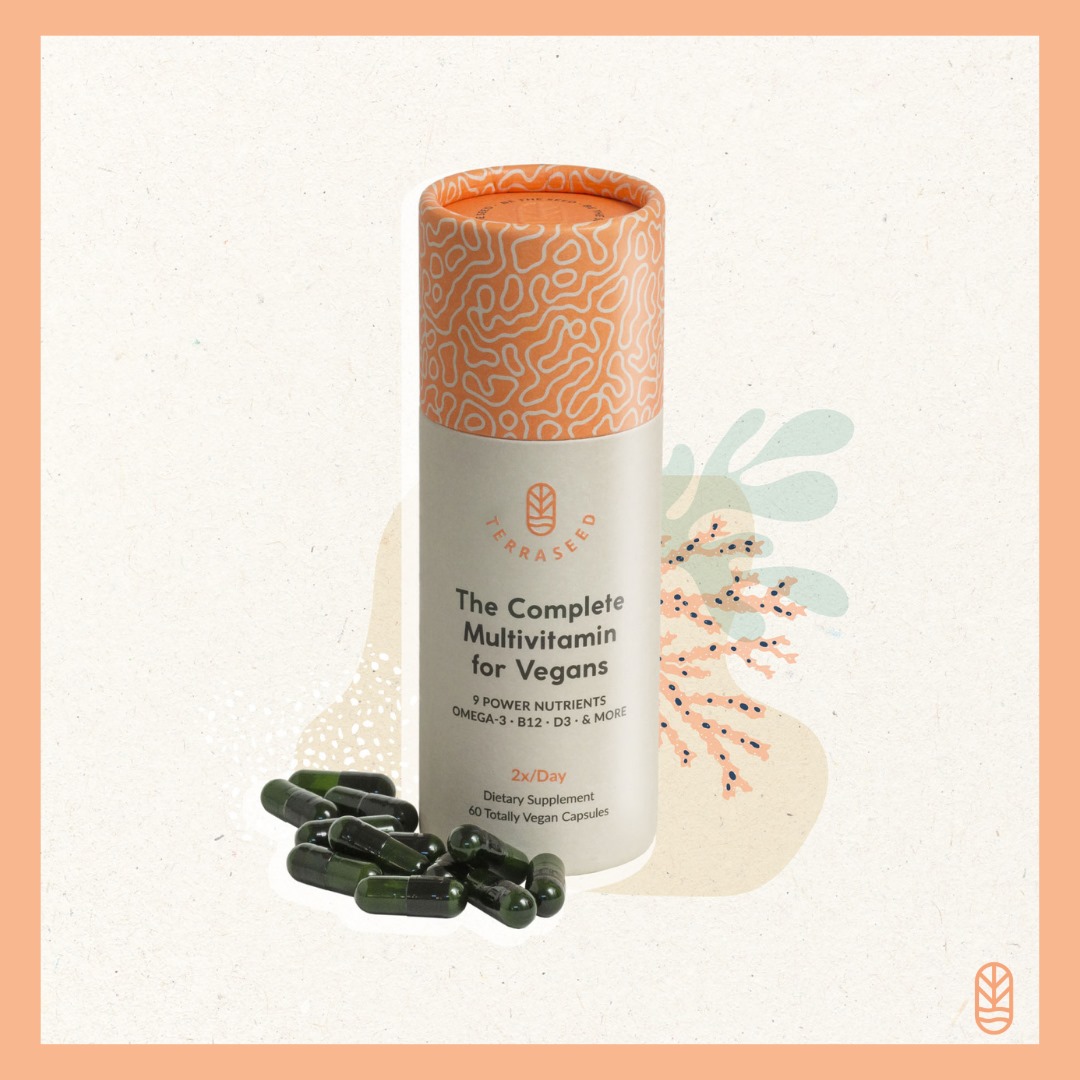 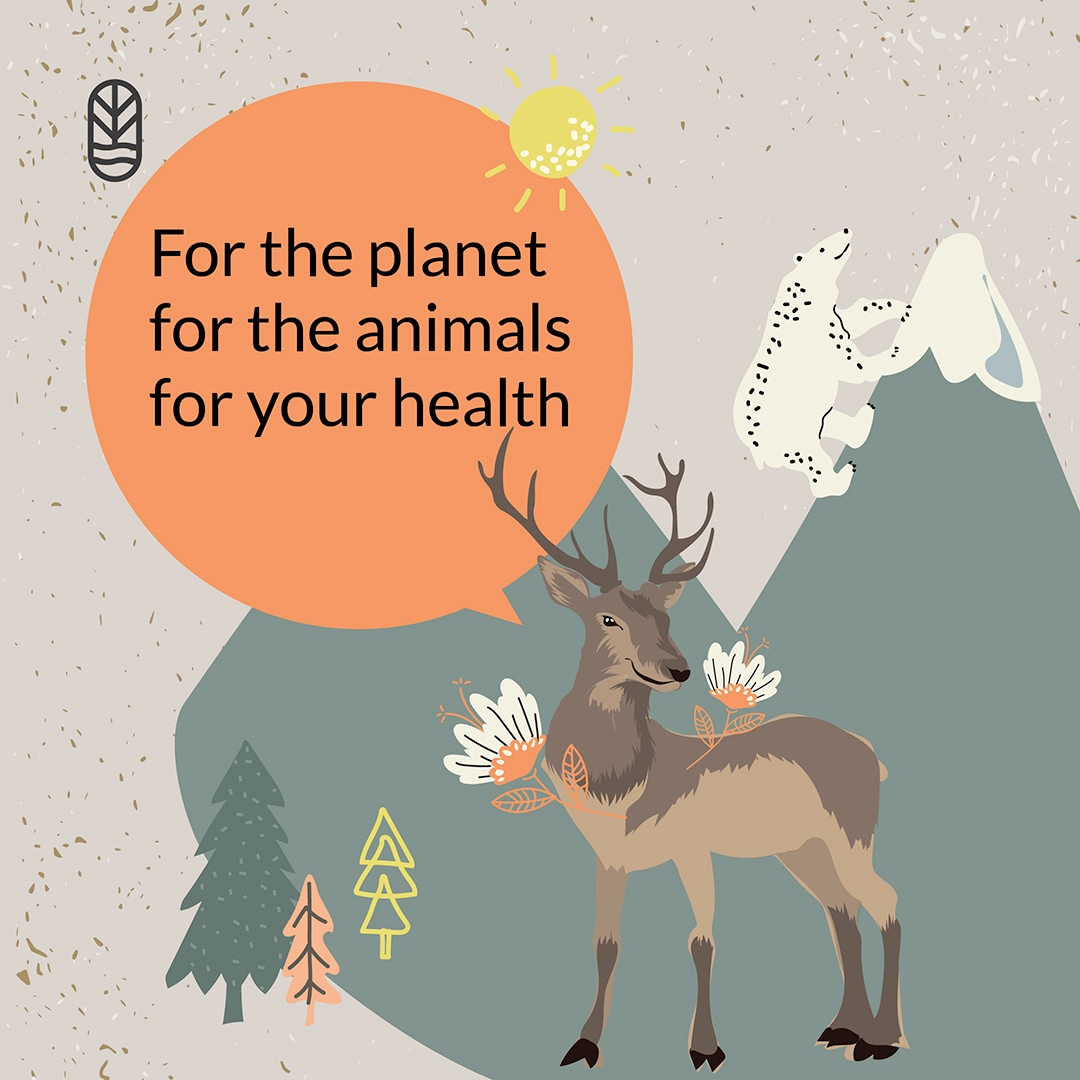 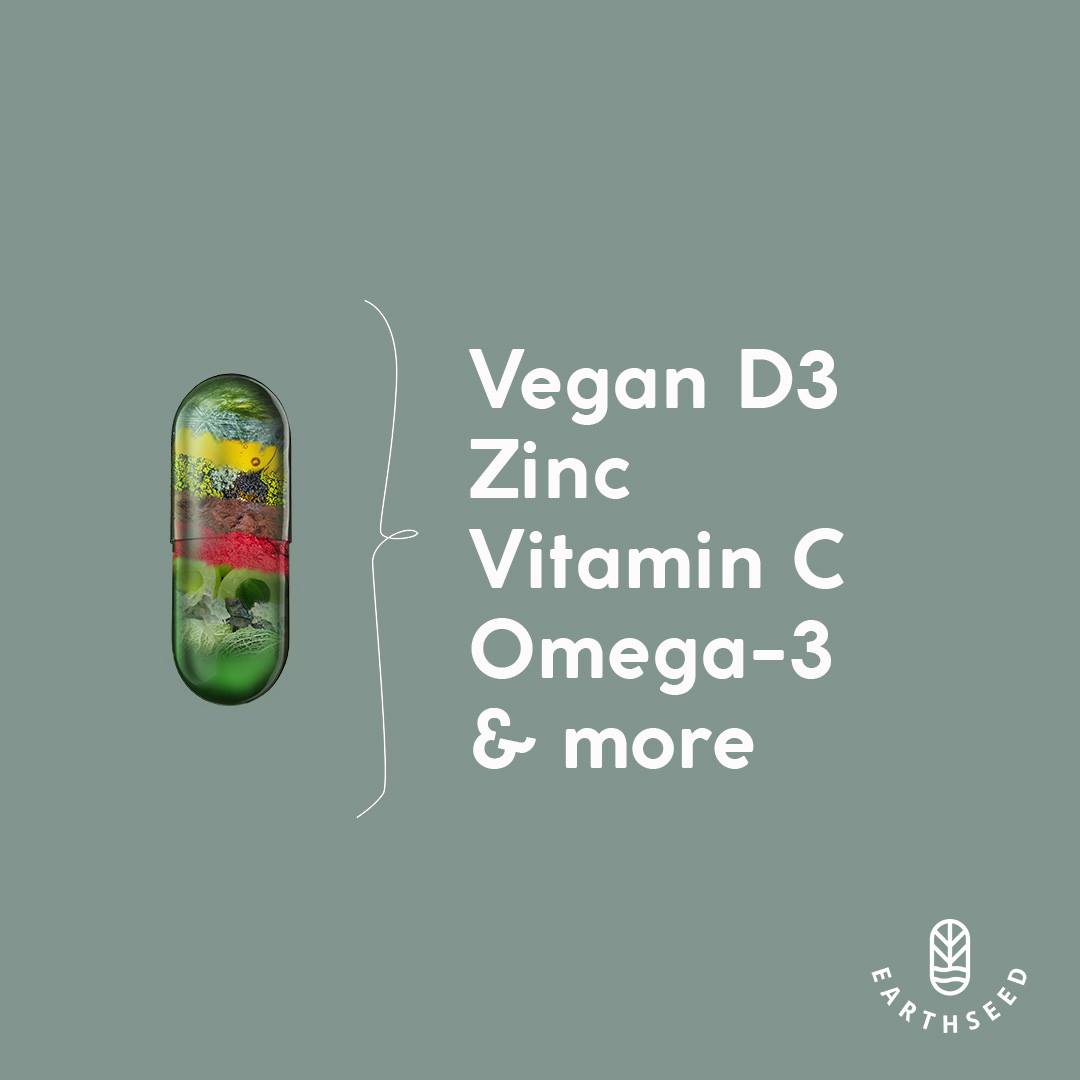 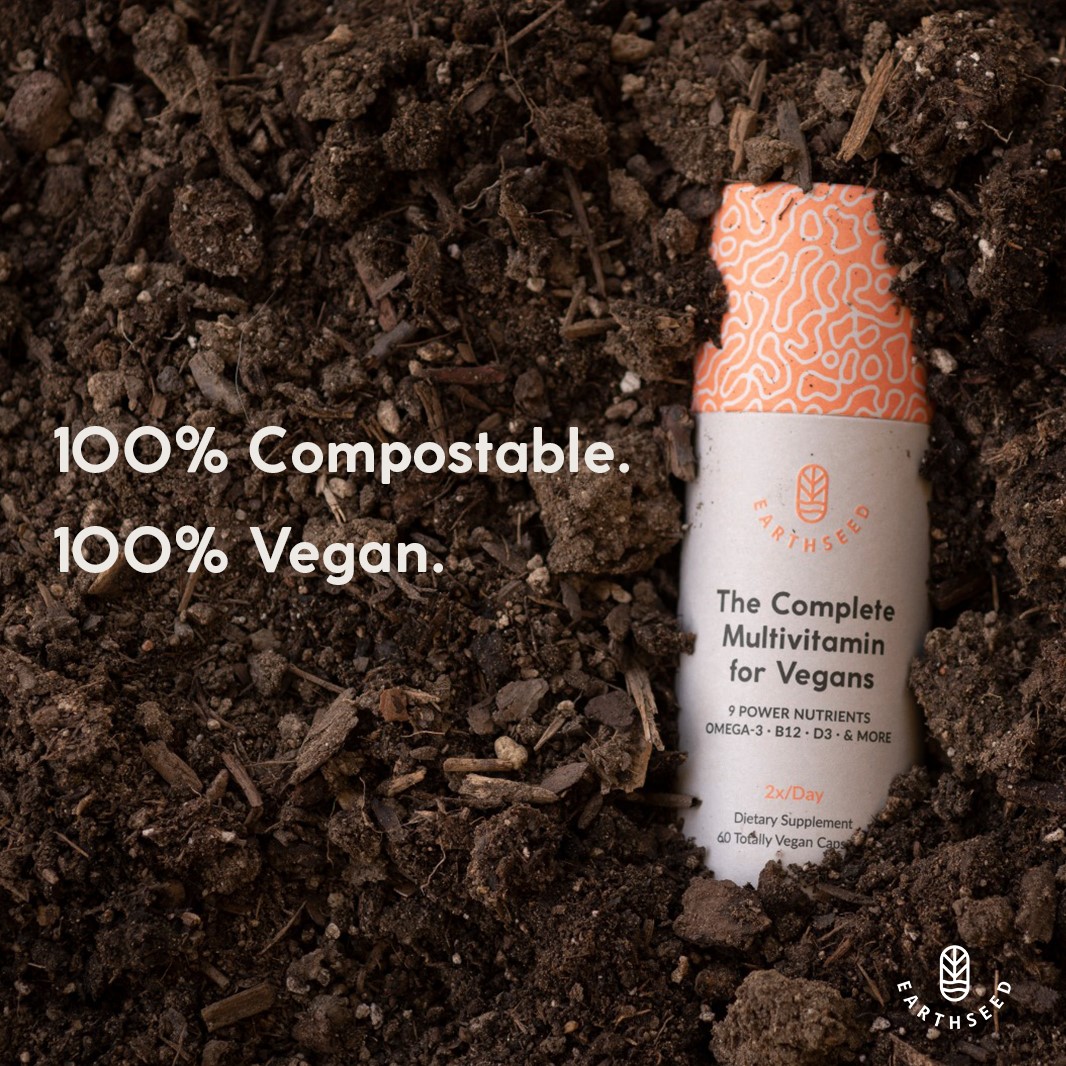 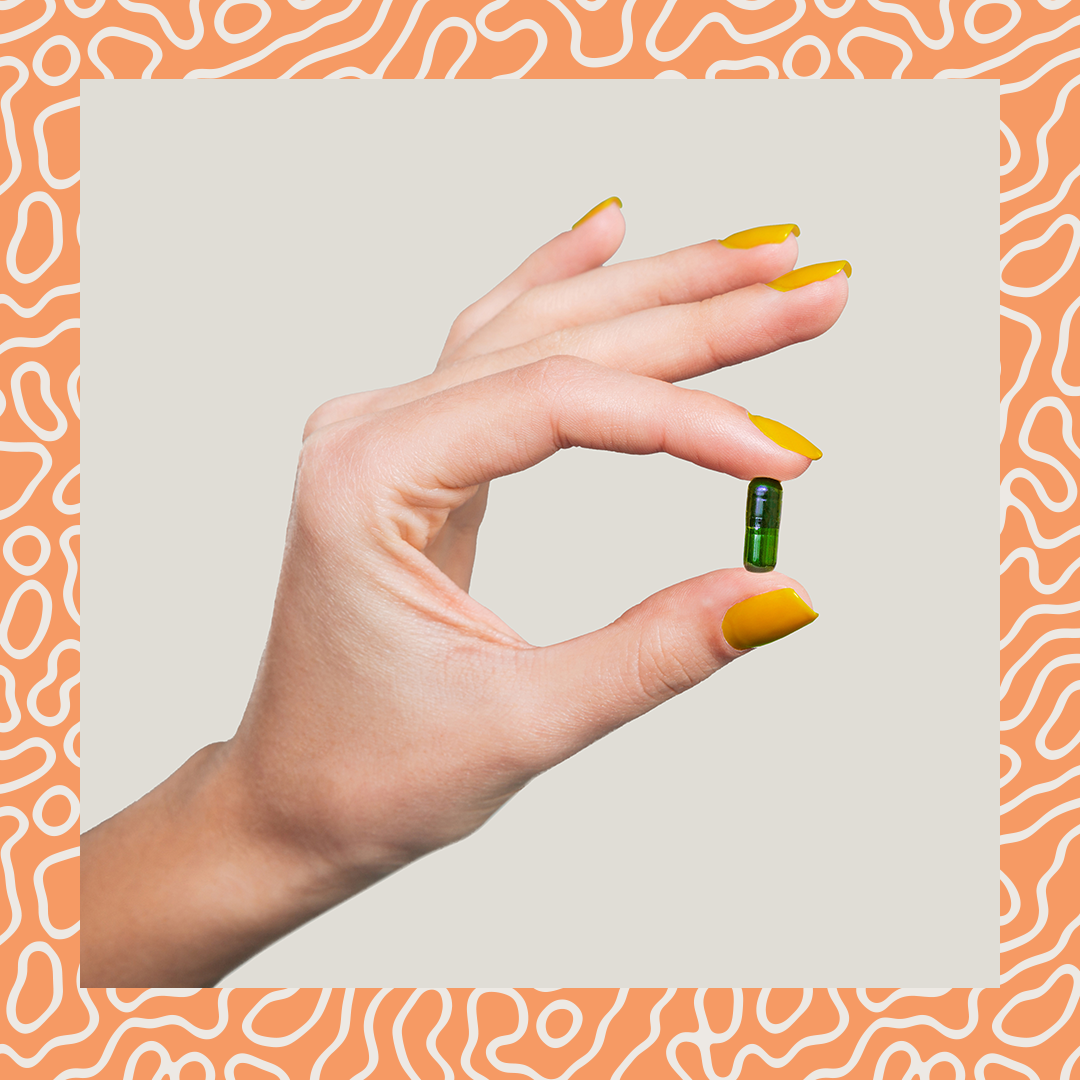