Five Black Vegan Chefs Who Are Changing the World 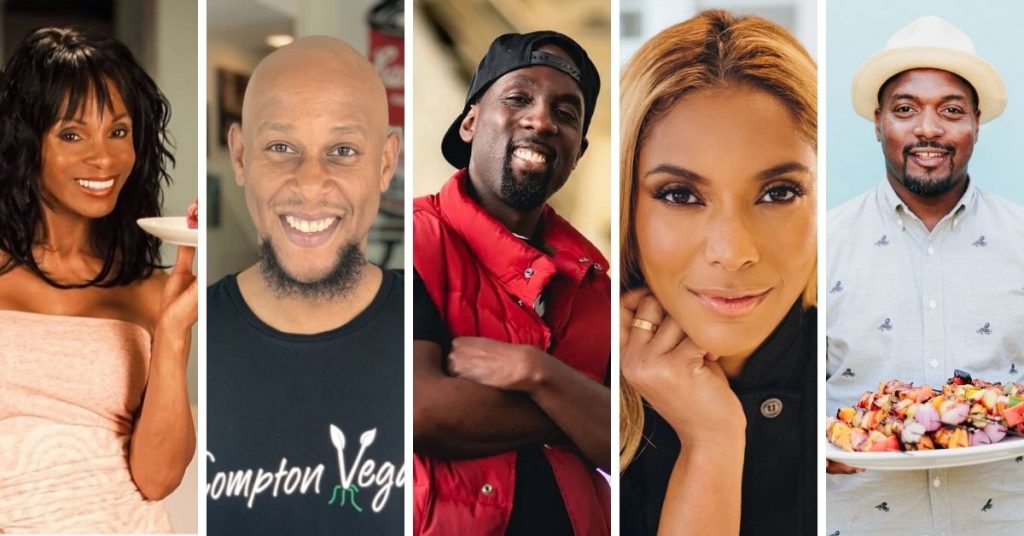 It’s no surprise that a growing number of black vegan chefs are bringing their talents to the realm of plant-based cuisine.

It’s no secret that veganism continues to grow throughout the US and the entire world, with diverse demographic groups embracing the change. This is especially pronounced among African Americans. According to a Pew Research Center survey, only 3% of the general population in the US is composed of vegetarians and vegans, while that number jumps to 8% among black Americans.

Therefore, it is no surprise that there is a burgeoning array of black vegan chefs bringing their expertise into the world of plant-based culinary arts. Among them is Chef Babette, a vegan and raw food chef with over 25 years of experience in this space. At 70 years of age, Babette continues to be a deeply committed health advocate. 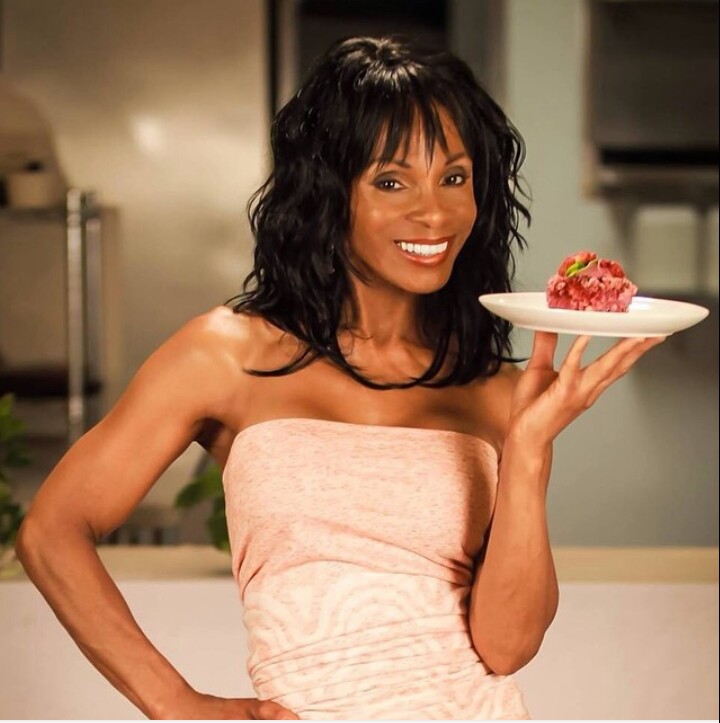 Most recently, Chef Babette’s restaurant, Stuff I Eat, in Inglewood, California, gained popularity as the result of a video profile by the not-for-profit organization Mercy For Animals, which garnered 7.3 million views on different social media platforms.

“Stuff I Eat has allowed me to share healthy food with many, and that is the most- high blessing. As I become healthy, I realize that ‘my’ journey is greater than ‘me’. I am a part of a universal whole that is in desperate need of healing. Our nation is SICK, and in order for our nation to heal we must all embark on a journey of health,” says Babette on her website.

Chef Babette will also host the first season of PEELED, the vegan reality series where rising vegan chefs compete in a 100% plant-powered cooking competition for the title of Hottest Vegan Chef—or face getting “peeled” into the compost! 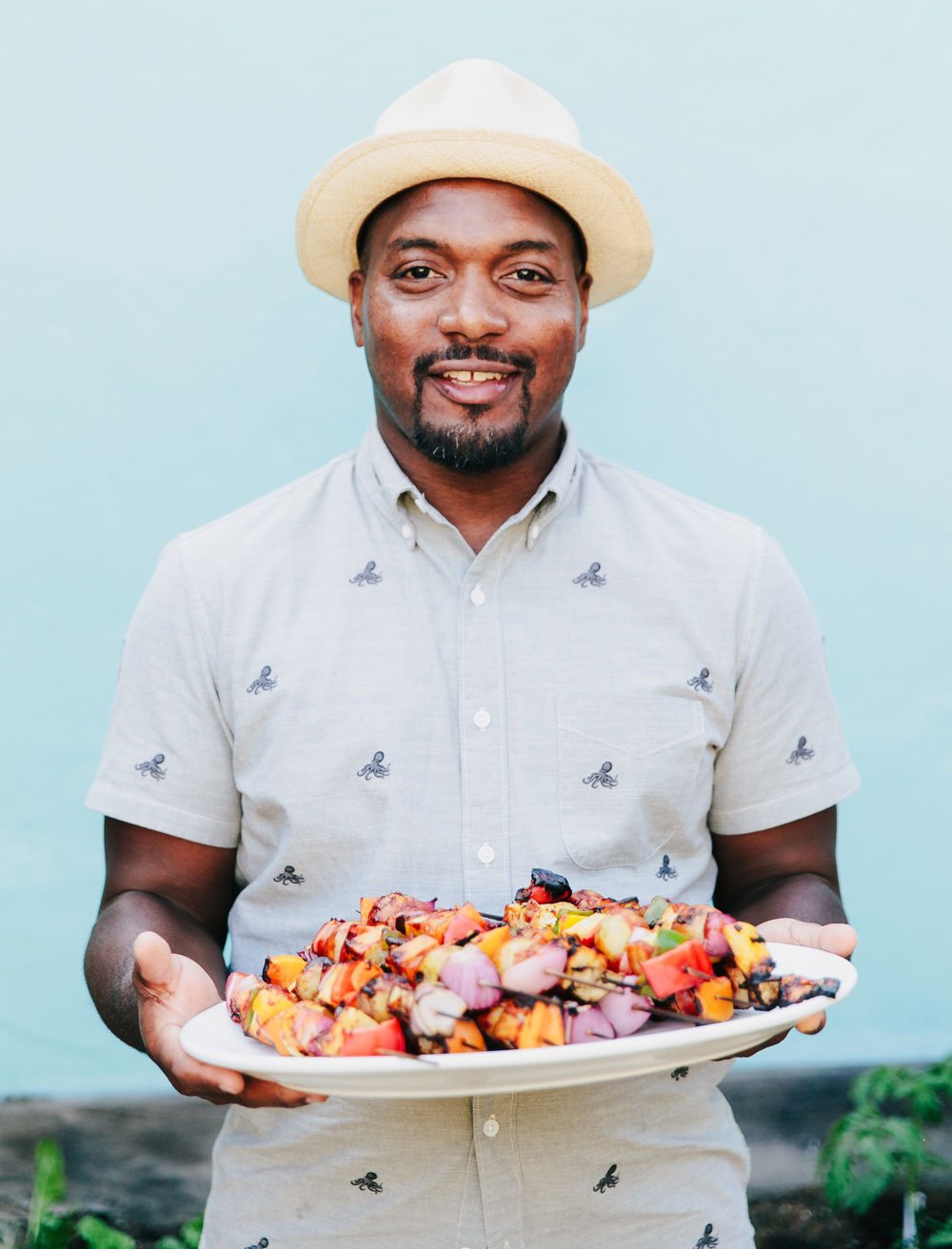 Another popular California-based black vegan chef is Bryant Terry, a food justice activist, author, winner of the James Beard & NAACP Image Award, and chef-in-residence at the Museum of the African Diaspora in San Francisco. In 2002, Terry founded a healthy food after-school program, and continues to advocate for healthy, cruelty-free food by way of his vegan recipes.

Chef Terry is also the author of the book Vegetable Kingdom, which features 100 plant-based recipes and “places plant-foods as the star of, not an after-thought on the table,” according to an article in Forbes. 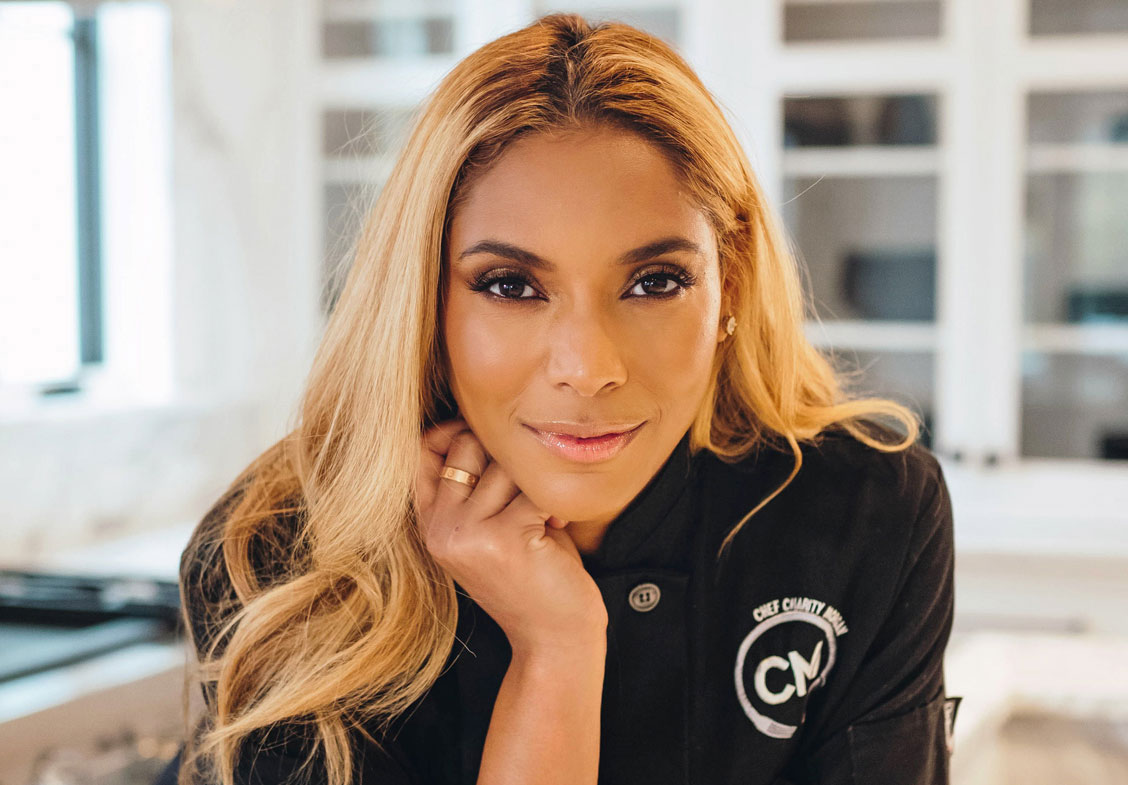 On the other side of the country, we have Chef Charity Morgan, who became well known after her appearance in the documentary The Game Changers for her work with the Tennessee Titans, and proving that athletes can benefit from meatless diets. On a daily basis, Morgan cooks vegan meals for the NFL team.

As has been the case with numerous vegan chefs on TV and social media, Chef Charity Morgan holds a culinary degree from a prestigious institution, Le Cordon Bleu College of Culinary Arts. According to her website, her transition to a plant-based diet “paired with her affinity for cooking and being creative, were the driving forces that propelled her to become a plant-based, vegan, and transitional chef.” 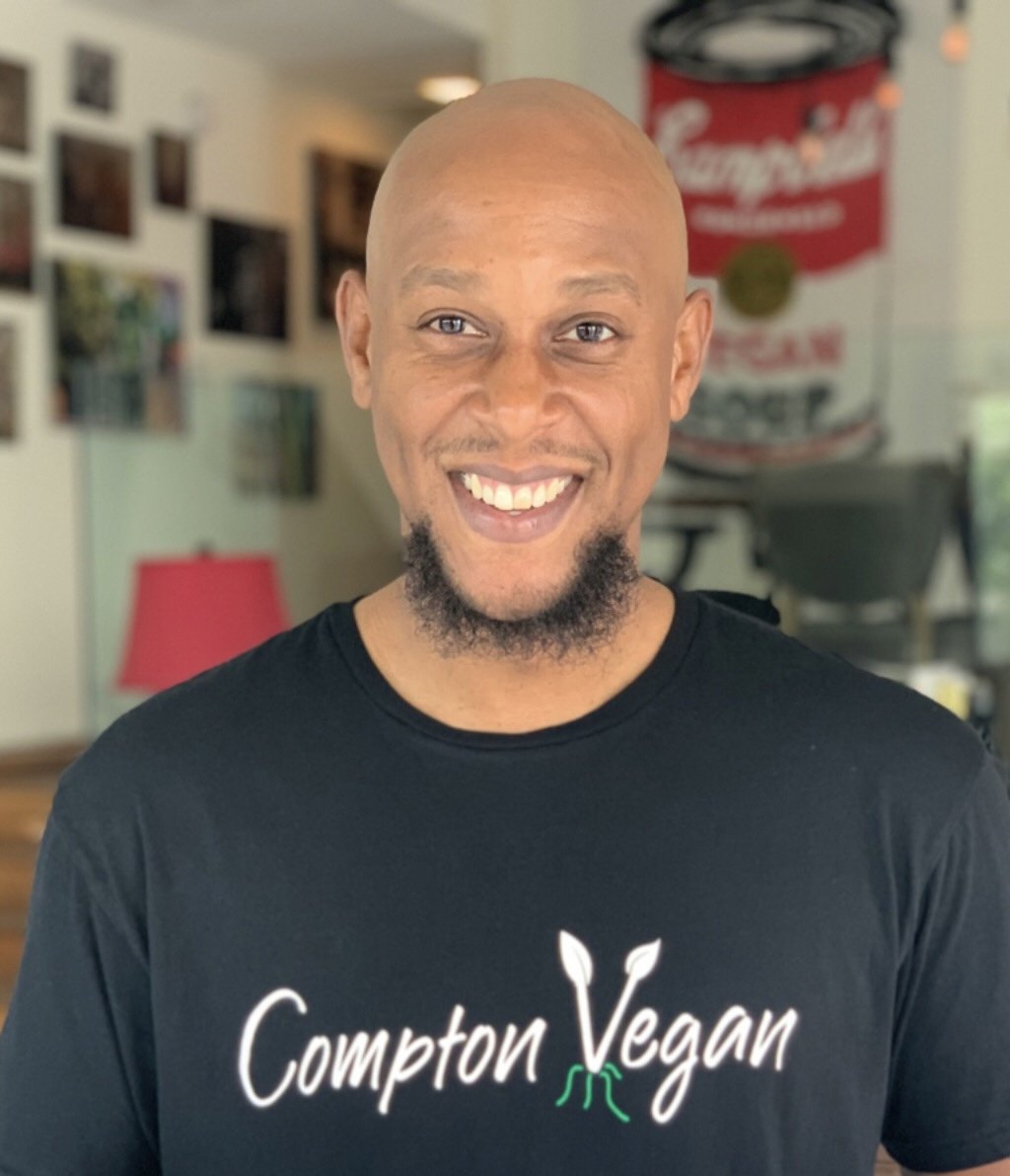 Back on the west coast, Lemel Durrah is a Los Angeles-based soul food chef who in 2017 founded his own catering service, Compton Vegan, which provides plant-based soul food classics to lower income communities.

In a Ted Talk, Durrah expresses how he went vegan amid all the turmoil in his life, and ultimately joined the growing community of vegan chefs of color. “This would be the new me,” he says about the moment he realized animal products would no longer be a part of his life. “That year I added chef to my list of titles. I spent hours in the grocery store reading and researching labels, finding out what was healthy, and what was supposed to go into our bodies, and what wasn’t.” 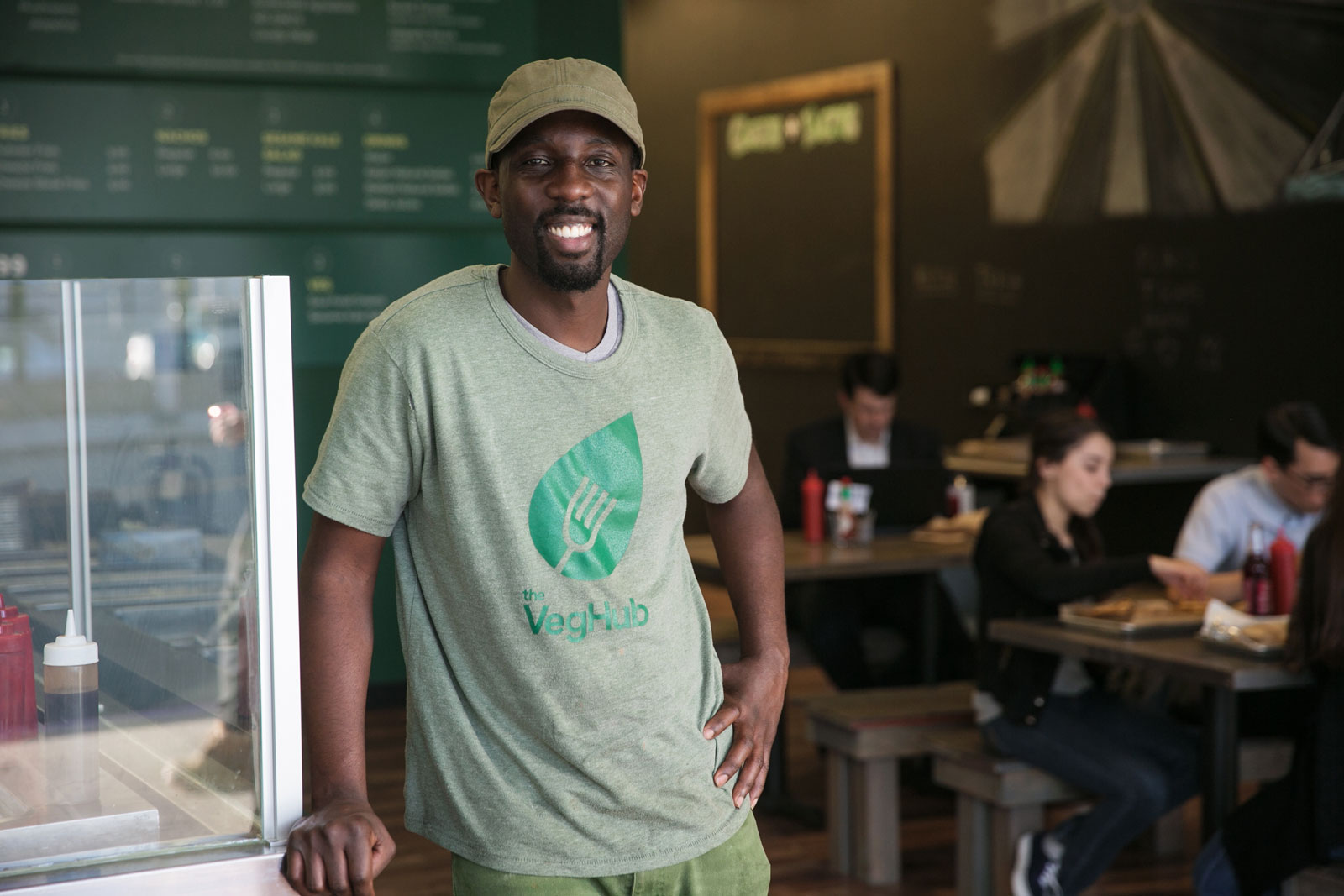 As with many of the above-mentioned black vegan chefs, GW Chew is also the founder and CEO of his own plant-based foods company, Something Better Foods Inc. After learning about the adverse health effects of animal-based foods, Chef Chew switched to a plant-based diet in 2001, and in 2004 he began his journey in the creation of vegan foods.

Chef Chew is also the founder of The Veg Hub, which is described as “more than a bistro,” it is a place “committed to social good, educating people about the health benefits of vegan foods, and making it accessible to everyone in our community.”

Chef Chew has traveled throughout the United States to educate the public about plant-based health by way of talks and creative classes. He has been featured on TED Talks and has added himself to the list of black vegan chefs on YouTube. Chef Chew has also filmed his very own television program, titled “Chew’s Challenge: 28 Days to Wellness.”

The above-mentioned is a clear demonstration that the vegan culinary arts are increasingly becoming a field that attracts people of diverse backgrounds and ethnicities, and as awareness of health and the impact of our food choices continues to grow among all demographics, so does the acceptance of veganism.